Exposure to home loans is expected to surpass R1-trillion as competition in the mortgage lending market hots up. 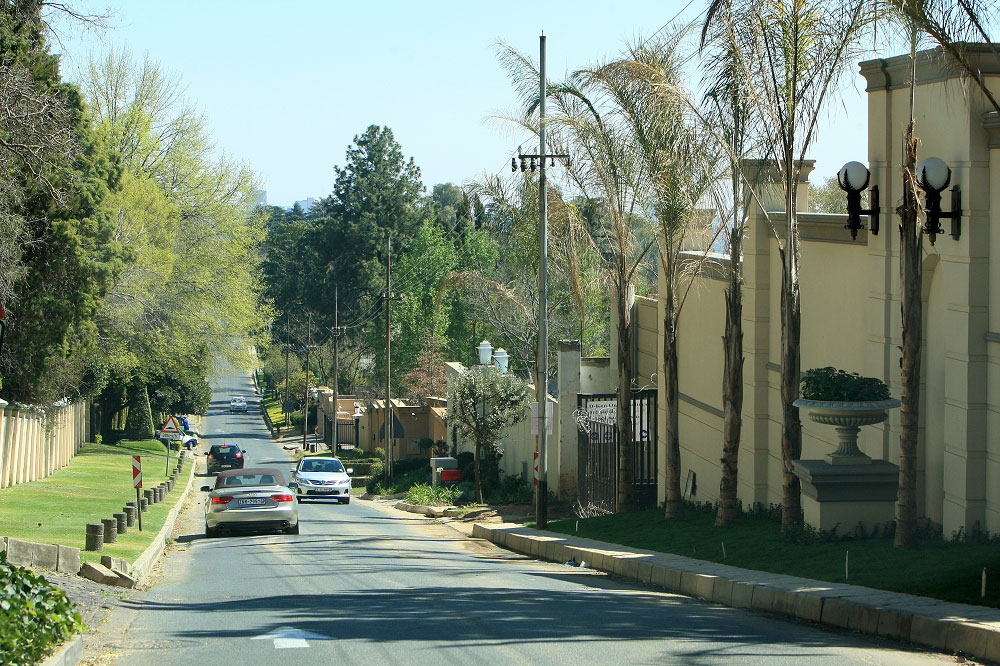 Coronation Road in the suburb of Sandhurst in Johannesburg. Picture: SUNDAY TIMES

There has been an uptick in mortgage lending in recent months, which appears to be supported by the big banks vying more aggressively for a slice of SA’s R960bn home loans market. The value of outstanding household mortgage balances increased by 4% in 2018, up from growth of 3.5% in 2017, according to the latest figures from the SA Reserve Bank.

Granted, this is nowhere near the 20%-plus growth rates recorded during the 2004-2007 property boom, before banks got burnt by their overzealous lending to home buyers. But it is the first time there has been an acceleration in mortgage advances since 2016, when growth fell sharply). Economists expect demand for mortgage finance to continue its steady upward trajectory – despite the 25 basis point hike in interest rates in November. Absa Home Loans property analyst Jacques du Toit forecasts household mortgage lending will grow by about 5% this year. That will push the total value of mortgage debt in SA to just over R1-trillion.

He says property market sentiment increased over a wide front in the fourth quarter of 2018 on the back of improved economic performance, higher growth in real disposable income and a lower consumer price inflation rate due to a fuel price drop late last year.

Despite uncertainty around load-shedding and the outcome of the general elections in May, Du Toit cites a number of factors that could support a further improvement in housing activity and mortgage lending this year. These include increased policy certainty in various sectors of the economy, an acceleration in economic growth – Absa is forecasting 1.7% this year versus last year’s estimated 0.7% – and stable interest rates for at least the first three quarters of 2019. Du Toit believes improved market conditions will lead to an average 4.9% increase in house prices for 2019 as a whole, up from last year’s 3.7% average, as measured by the FNB house price index. 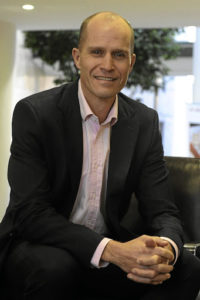 Geoff Lee: First-time buyers isare a key focus area for Absa Mortgage lender BetterBond has already seen increased levels of demand for mortgage finance this year. BetterBond CEO Rudi Botha says the company recorded a 5.5% year-on-year increase in offers to purchase in January and a hefty 14% increase in the first 10 days of February. “That’s significant given that consumer sentiment was still very buoyant in February last year, following the appointment of Cyril Ramaphosa as president.”

Botha says there is no doubt that growth levels have been supported by increased competition among lenders in recent months. He says banks have become more lenient on deposit requirements, especially for first-time buyers, who now represent about 55% of all mortgage-funded housing sales in SA. Even so, the average deposit required on mortgages sourced by BetterBond still sits at about 19% of the purchase price – down from an average of 21% last year.

Botha notes that banks have also become slightly more competitive on interest rates, which range from about 0.75 percentage points below prime to prime plus three percentage points. It appears that competition among mortgage lenders has hotted up since Absa announced its intention late last year to claw back the market share it lost while under the control of London-based Barclays.

Absa used to be SA’s largest home loan player, but the bank reduced its exposure to the market after its earnings were hit by the housing slump in 2009-2012 after the financial crisis. Standard Bank is SA’s biggest mortgage lender with a 34% stake, followed by FNB at 25% and Absa at 23%. Nedbank’s share of the home loans market is believed to be less than 17%. Industry players say banks are unlikely to compete aggressively on pricing, deposit requirements and loan-to-values (LTVs) given already thin margins on mortgage lending rates. Instead, support services and product offering is how they hope to differentiate themselves. Geoff Lee, who was appointed six months ago to head Absa Home Loans, says that while risk appetite for mortgage lending has increased, the bank’s quest to regain market share will not be driven by LTVs. 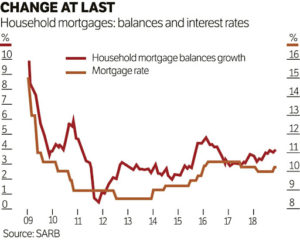 “We are now more focused on who we target and on enhancing our product offering.” He says first-time buyers are a key focus area, given this segment’s growth potential. Absa also recently introduced a new buy-to-let product that Lee believes will help lure more investors back into the housing market.

The other banks won’t give up market share without a fight. Last year FNB introduced an app that enables its customers to trade their homes privately among each other, at no cost.

The FNB app also offers support services to buyers and sellers, such as offer to purchase documents and discounted bond registration fees through a selected panel of attorneys. Last week, Standard Bank upped the ante with the launch of LookSee, a tool that enables buyers and sellers to make better-informed property investment decisions.

Though it is still early days, it will be interesting to see to what extent, if any, Absa takes mortgage market share from its rivals when the listed banks release their financial results for the December reporting period in the next few weeks. 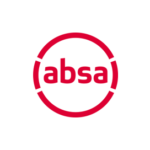